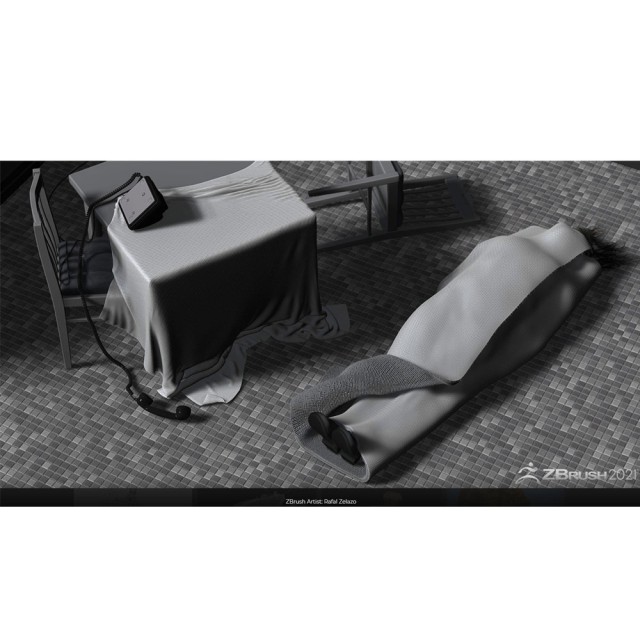 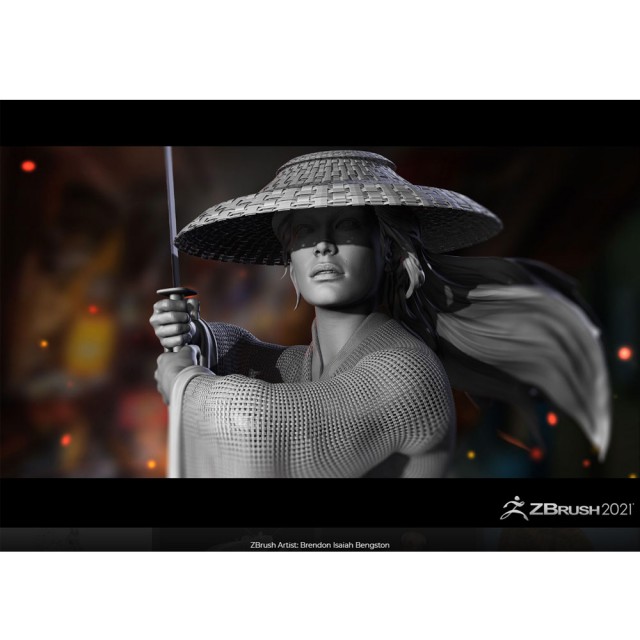 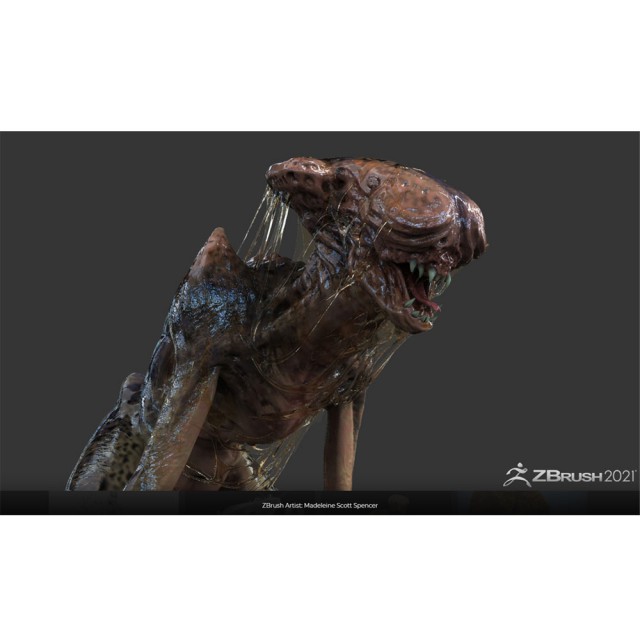 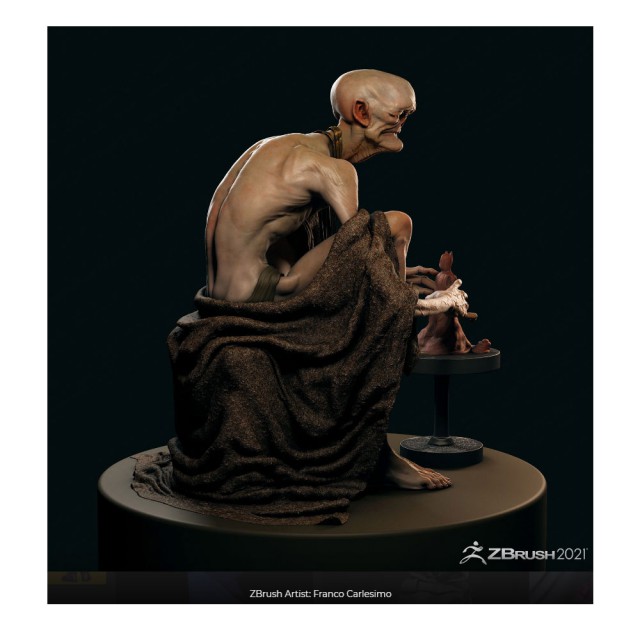 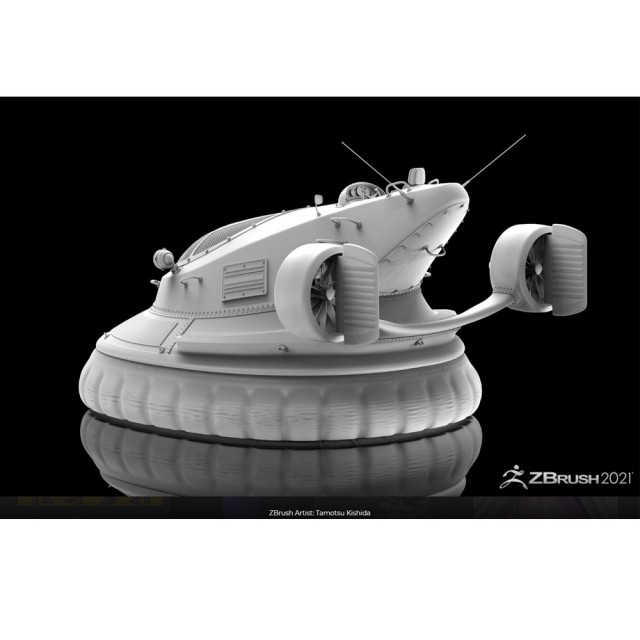 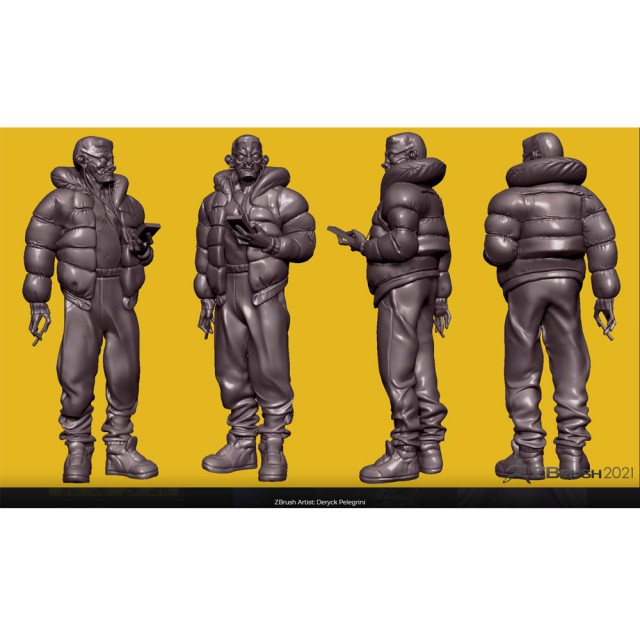 ZBrush sets the industry standard for digital sculpting and painting. Its features enable you to use customizable brushes to shape, texture and paint virtual clay in a real-time environment that provides instant feedback. When you use ZBrush you'll be empowered by the same tools employed by film studios, game developers, toy/collectible makers, jewelry designers, automotive/aviation designers, illustrators, advertisers, scientists and other artists the world over. In fact, we have even received an Academy Award for the technology that powers ZBrush.

ZBrush sets the industry standard for digital sculpting and painting. Its features enable you to use customizable brushes to shape, texture and paint virtual clay in a real-time environment that provides instant feedback. When you use ZBrush you'll be empowered by the same tools employed by film studios, game developers, toy/collectible makers, jewelry designers, automotive/aviation designers, illustrators, advertisers, scientists and other artists the world over. In fact, we have even received an Academy Award for the technology that powers ZBrush.

In short, ZBrush is an art tool created by artists, for artists. It allows you to create models and illustrations limited only by your imagination, at a speed that allows you to stand out in today's fast paced industry.

ZBrush 2021 introduces a Dynamics system along with Controlled Cloth Sculpting and a revisiting of our Dynamic Subdivision feature. We’ve also added new features to ZModeler, as well as introducing iMage 3D support to ZBrush and giving it the ability to open native-format files created by ZBrushCoreMini.

The ZBrush engine itself has also been enhanced, finding ways to improve performance across the board. You will find that ZBrush 2021 sculpts more fluidly, as well as taking less time to perform other operations such as DynaMesh.

Introducing Dynamics
Enhance your sculpting with a Dynamics system that allows any surface to be contracted, expanded, inflated or draped with gravity. Use masking to pin a portion of the mesh to create a point of interest or use a mask to create a unique interaction that can allow the surface to be rolled on itself. Create realistic cloth folds - even on a low resolution plane. Place your mesh, turn on the collision volume and any desired controls, then watch as ZBrush drapes the cloth mesh over any other visible meshes.

Controlled Cloth
Sculpting
Special brushes have been introduced which use the Dynamics engine to give unique capabilities for interacting with the cloth surface. As examples, you can choose where folds will lay or simply grab the geometry to move it freely in the work space and create folds in real-time. The ClothTwister brush simulates twisted cloth. ClothWind allows directional movement. ClothPinchTrails will create a seam with pinched cloth wherever your brush stroke takes place on the surface.

Dynamic Subdiv Revisited
Dynamic Subdiv provides a working preview of your subdivision levels without actually increasing the base polygon count. This feature is now taken a step further by allowing you to add an adjustable thickness to any single piece of planar geometry.

A piece of geometry can also be added to each polygon as a completely interactive instance. Select from the library of presets to make a surface look like canvas or denim jeans. Even select a piece of armor to create repeatable chainmail.

Performance
Even more performance enhancements have now been added to ZBrush. We revisited the systems behind the sculpting brushes along with many other popular features. Speed has increased across all sectors, including faster response time with high polygon models, increased DynaMesh speed and much more. In addition, a new Optimal option for smart management of multithreading will always maintain the right amount of threads ZBrush needs with your system for the best performance.

Extrude Edge
It’s never been easier to build a plane up into what you imagine or construct a completely new piece of geometry that fits into an existing sculpt. The new Edge Extrude feature gives you the ability to build with one edge, multiple edges, complete edge loops and/or polyloops -- with interactive edge snapping. Not only can you extrude an edge to snap to the adjacent face but you can enable SnapToSurface to allow the new edges to snap to an underlying surface.

A closer look
Hover over the image below to the model's underlying geometry.

Nanomesh Modifications
Continuing to expand on the already powerful instancing system of NanoMesh, ZBrush 2021 now gives you the ability to edit the instance mesh while it is in place within the scene. Combining Split Screen with NanoMesh, this throws wide open your ability to create and adjust without adding unwieldy numbers of polygons.

iMage3D GIF and PNG Formats
The iMage 3D format provides a unique way to share both an image of your work and the 3D model itself with others, all in a single GIF or PNG file. This file can be posted on any website where it will appear as a regular 2D image and once opened in ZBrush the complete model with all its SubTools is ready to edit.